Pit bulls will always seem like intimidating and aggressive dogs to most people. Despite the countless videos and stories about how good pit bulls are, the stereotype still exists. However, people who want to prove that the stereotype is wrong will always exist as well.

Pam is a pit bull owner who loves talking about her dog Ted. She loves his physical features, mainly his floppy ears and large head. Furthermore, Pam adores Ted’s inquisitive and affectionate behavior. He always comes near hear disregarding personal space, but she welcomes it.

Pam met Ted when she fostered him and his sister. They were just puppies back then, and it was Pam’s first time being a volunteer foster parent. That time, Ted suffered from bowel obstructions, and he had to be rushed to the emergency room. In the same week, Pam adopted him.

Ted had to undergo surgery, and Pam had to pay exorbitant medical bills. She didn’t care how much the bills were because she wanted to see Ted become well. Fortunately, she was able to finance Ted’s operation with no problem.

Pam feels a great sense of responsibility towards Ted. A part of her life is dedicated to him and his needs. So it’s no surprise that she is very familiar with his personality and tendencies.

Pam knows that Ted is a very sensitive dog. He can get spooked by inanimate objects. Regardless, Pam would be there to comfort him and give him warmth. Likewise, Ted is sure to stay by Pam’s side whenever she needs emotional support.

Pam can’t understand why there’s a lot of generalization surrounding Ted’s breed. She knows that problems are unlikely to occur if a dog receives good training and is in a good environment. The generalizations never discouraged Pam from keeping Ted. Moreover, it inspired her to hold Ted to a higher standard so they could prove people wrong. 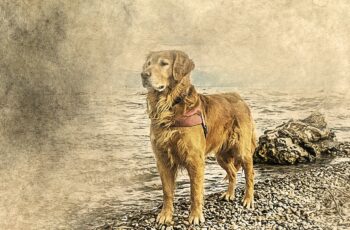 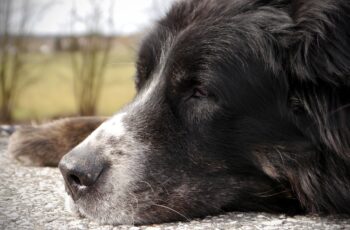