A canine named Tasa was rescued by a dog named Bella from a wild attack by a band of coyotes.

Tasa and Bella are friends who are practically inseparable. Their owners were neighbors so they get to spend a lot of time together. Recently, they have proven that they are, indeed, the best of friends.

Bella’s owner, William Cobb, shared that Tasa and Bella have a strong bond. If Bella saw Tasa playing in the yard, she would instantly begin whining so that she could join her friend.

On Thanksgiving Day, Tasa was attacked by coyotes, and Bella’s ability to defend and save her best friend served as proof of the strength of their relationship.

The entire incident, which took place at approximately 2:30 in the morning, was captured on tape by CCTV cameras. Tasa was seen diving headfirst into the water as she desperately tried to get away from the coyotes. The next thing she did was to attempt to save herself by entering the house through the back entrance, but the door was locked. After that, Tasa bolted towards the direction of Bella’s backyard.

Bella, a 116-pound Dogo Argentino, did not abandon her friend and defended her as they were being chased by the coyotes. If Tasa’s guardian angel Bella hadn’t been there at the time of the attack, her owner, Spencer William, believes that his dog could have been seriously injured as a result of the incident. Tasa’s survival could not have been possible without the help of Bella.

Williams revealed that Tasa did not escape the encounter completely unscathed and that she suffered some injuries. Tasa’s paw became swollen, and the inside part of her thighs exhibited tooth marks in addition to the swelling. If Bella hadn’t been there, Tasa’s situation might have become something much worse.

Tasa had to take pain medicine and antibiotics, and she is well on her road to making a full recovery.

People in the neighborhood have been made aware of the presence of coyotes, thanks to the efforts of both William and Cobb, who have spread the word. 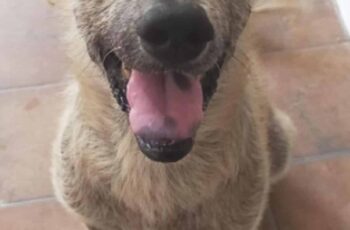