Home
Featured
Parents Pull Off A Creative Puppy Surprise For Their Kids, Proving That Presentation Is Just As Important As The Present
Advertisements
Advertisements

Receiving gifts is great, and doing so in a delightful manner makes the moment even more memorable. That’s what these teens found out that day, thanks to their parents’ unique way of gift-giving.

Two ladies and one young man waited eagerly in the living room. They were excited to receive their gifts, but none more than this young lad who was celebrating his birthday. 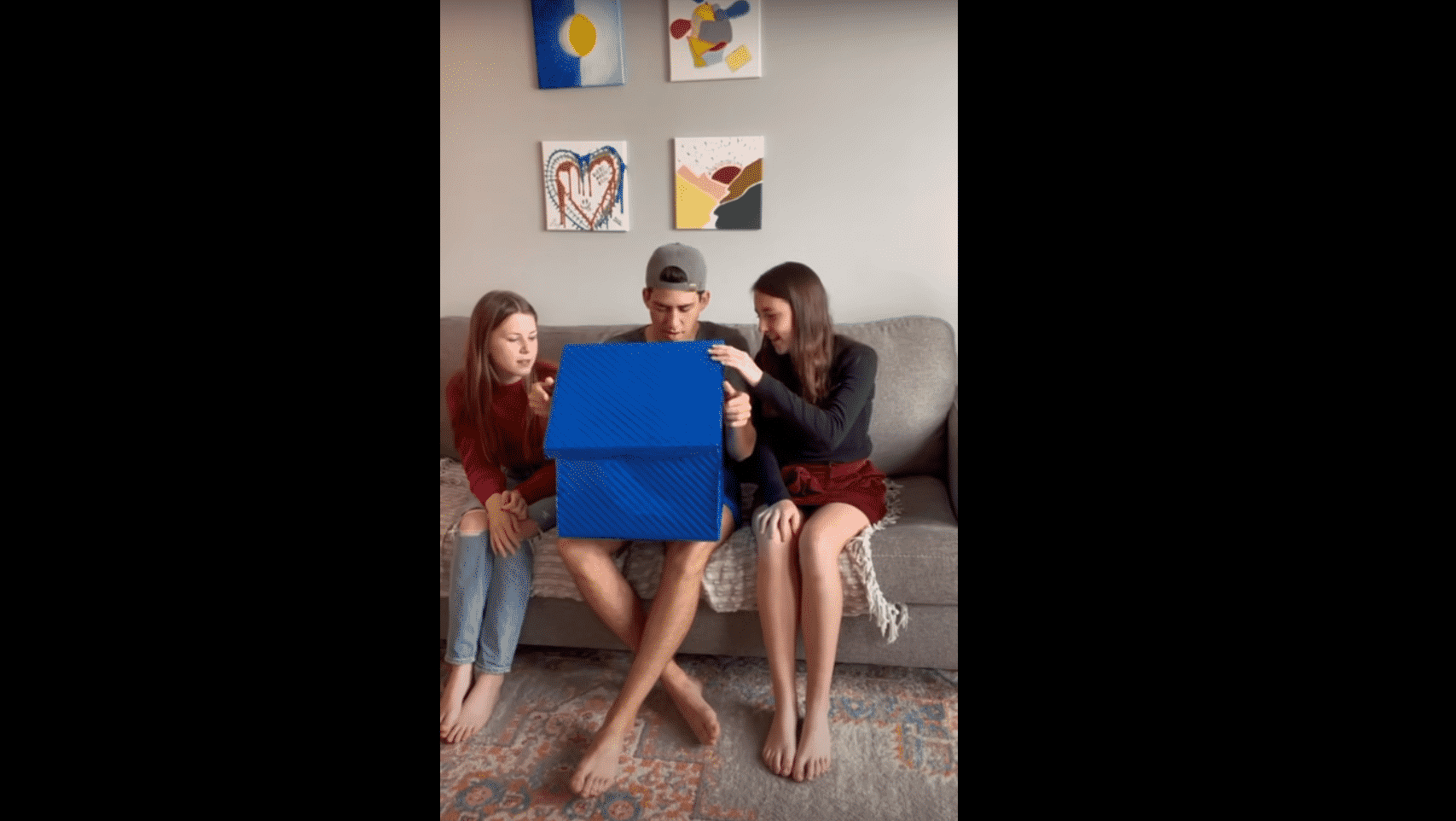 Dad first gave the young man his present, and it turned out to be a family picture. He found it cool, but the girls saw a new member squeezed in. She excitedly asked who the new member was.

They now had an idea of what their gift would be, so their excitement doubled at the thought of getting a new puppy. That’s when a blue box was presented to them. 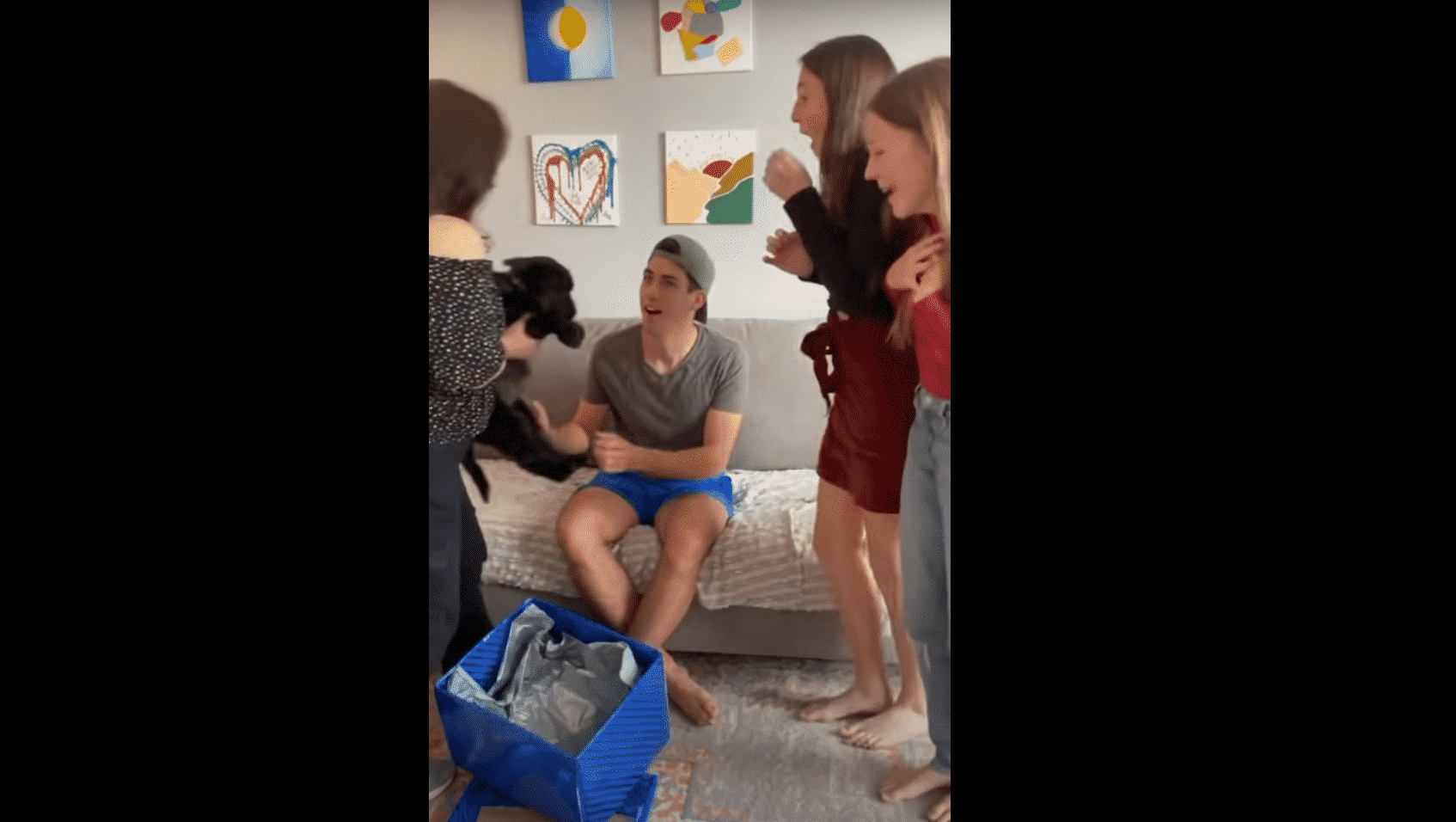 The birthday boy eagerly opened the box, and they all peered in. When they saw what was inside the box, they all couldn’t help but feel disappointed. It was a black stuffed toy puppy.

The older girl threw the gift in disgust, but the young lad protested. After all, it was still a gift, although he felt somewhat deflated after that. He had hoped it was a true puppy, and he didn’t get it. 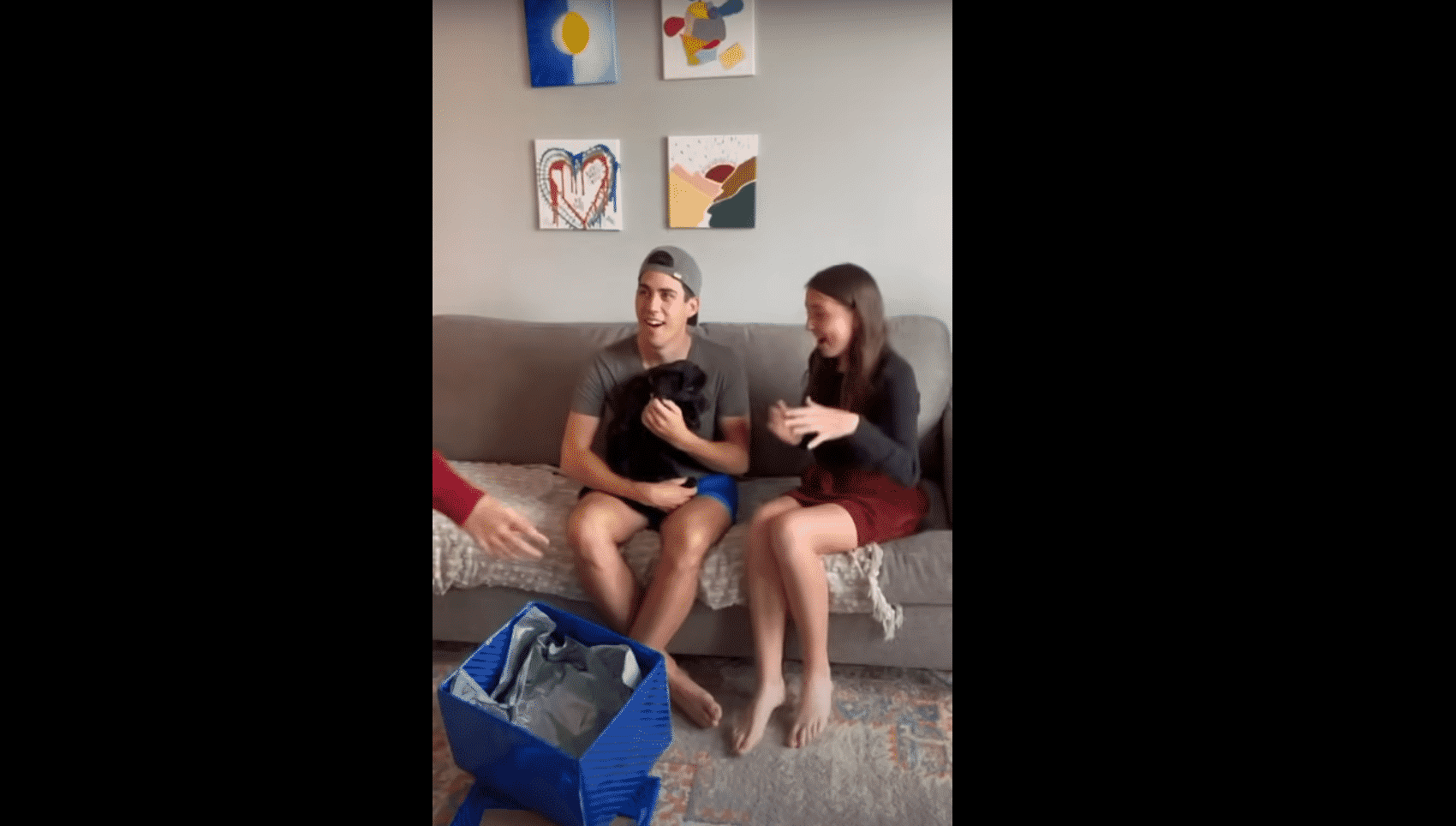 Mom must have seen the disappointment in her kids’ eyes because that’s when she decided to go and bring them the actual gift instead. When they saw the puppy, the teens stared in disbelief.

This always seems to happen. We ask for a gift, and then when we receive it, we somehow couldn’t believe it’s happened. It’s probably because it’s in our nature to do so. 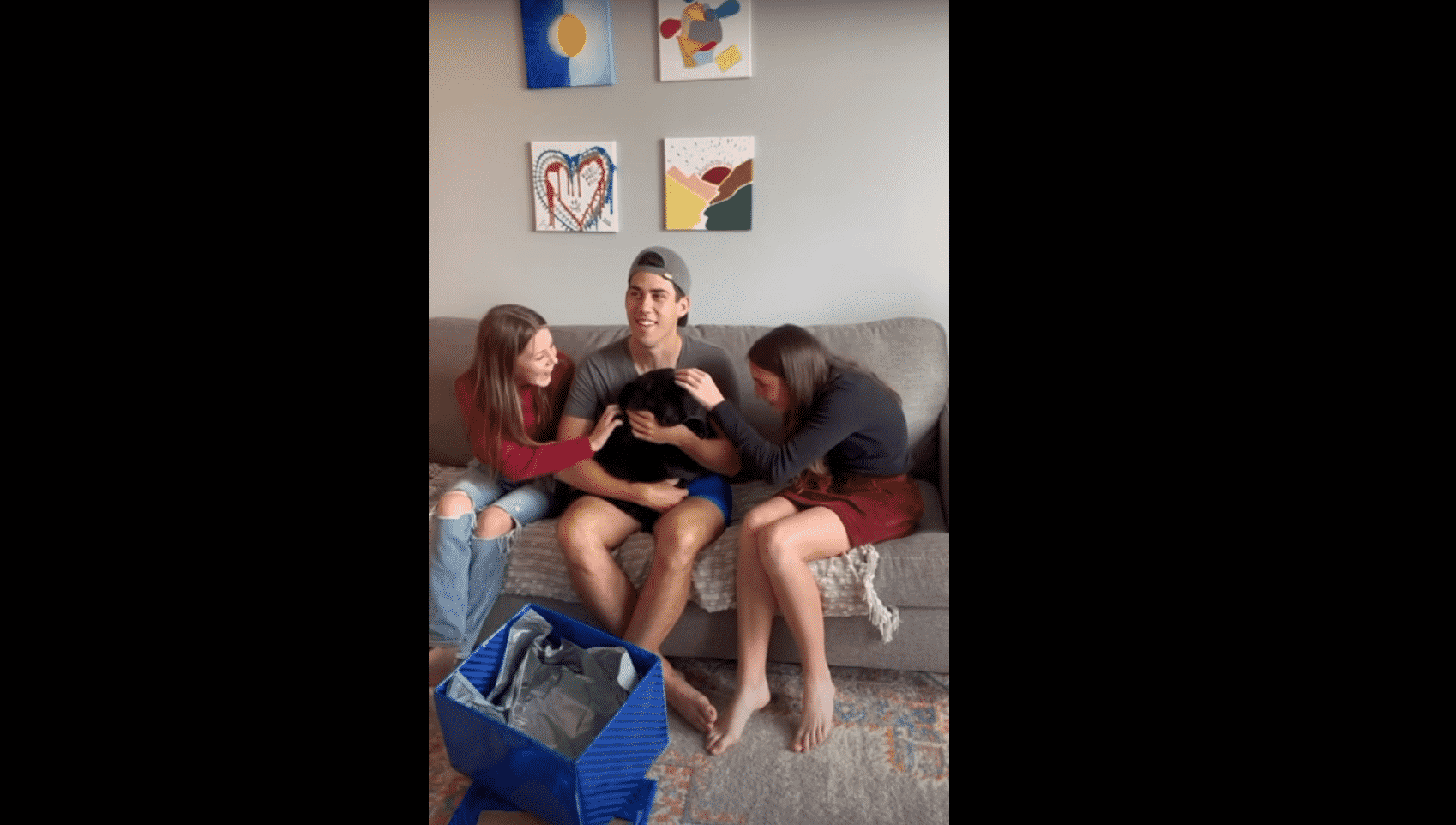 Either way, these parents found a way to present a precious puppy in the best way. This little one is lucky to have such welcoming and loving human siblings.

Here’s to many more fun moments with your puppy, kids! 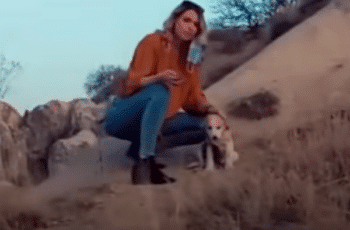