Tilly, a family dog who flew through a car window during a car accident, was discovered herding sheep on a farm by his family two days later.

Linda Oswald and her family were involved in a car crash on June 6. The force smashed the back window, and the Dog was thrown out of the car.

They claimed no one was seriously hurt in the crash, but when Linda Oswald got out of the car, she saw Tilly sprinting across northern Idaho’s Rathdrum Prairie. The Oswalds searched for Tilly for ten hours that day. They even posted his picture on Facebook, hoping that someone would notice him.

When the Idaho State Police discovered the post, they enlisted the help of locals in the search. As a result, the post received over 3000 shares. Tilly, on the other hand, had been missing for two days.

On June 8, three brothers from a farm near Rathdrum noticed a reddish-brown dog herding their sheep. They didn’t think about it very much. However, they eventually realized that the Dog was new in the place.

Travis, one of the brothers, was aware of the car accident and happened to come across the missing dog post. He immediately approached the Oswalds and informed them of a dog who resembled Tilly and was herding their sheep. Mike Oswald rushed over to the Dog’s location and immediately picked him up.

When the Dog arrived home, he dashed inside and drank from the toilet. According to the Border Collie Society of America, border collies are natural herders because they’re bred that way. So Linda was not surprised to learn that Tilly ended up herding sheep on a farm because the Dog used to enjoy biting other people’s heels and trying to bring them together.

Linda immediately posted the good news on Facebook, thanking everyone for their assistance in finding Tilly. 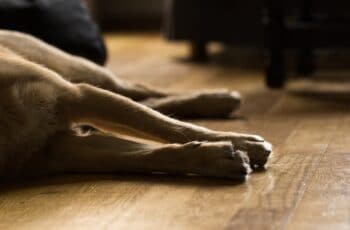