Three Americans, Aimee, Emily, and Hayley, live in China. They are all on a specific mission. They formed Slaughterhouse Survivors, a non-profit organization dedicated to rescuing dogs from the Chinese meat trade.

They began by rescuing one dog from a slaughterhouse and have never stopped since. Over the next three years, they rescued numerous helpless puppies and found their homes worldwide.

One of them is a small black puppy who was later named Pearl.

When the tiny puppy was brought to them, she was in terrible condition. She not only had a severe skin condition, but she was also missing one of her front paws. Unfortunately, when the small dog arrived, the injury had already healed, and no one knew how it happened.

Pearl was well taken care of by the three ladies and their volunteers. She received numerous medicated baths and medications. As a result, her skin gradually improved, and she became more open to human interaction. Her fur grew back after two months, and she was healthy enough to be adopted.

The rescue group was also busy preparing her documents and looking for a family to adopt her while recovering. Meanwhile, she has been placed in a California foster home.

From the West to the East Coast

It didn’t take long for someone to offer Pearl a permanent home. A veterinarian in New York fell in love with her and felt terrible about her background. Another rescue group volunteered to transfer her across the country. She’d already traveled across the Pacific, so driving across the United States would be a breeze.

Everything felt right once she was in her new mother’s arms. The caring vet promised to look after Pearl and give her the life she deserved. 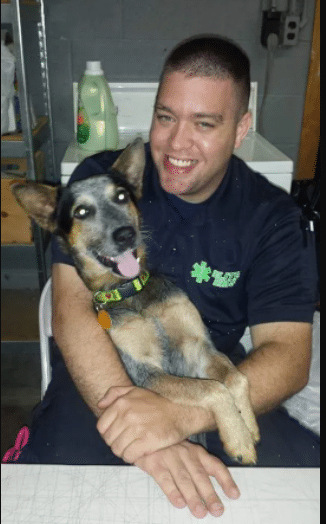 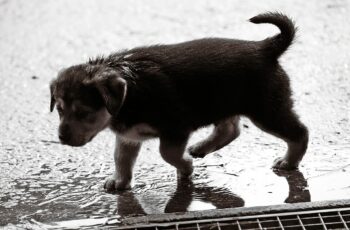