Natural disasters such as hurricanes wreak havoc in multiple ways. Homes are destroyed and human lives jeopardized, but animals are also displaced. Some are separated from their families, and homeless creatures face grave danger.

When Hurricane Katrina devastated Louisiana, hundreds of dogs were rescued and needed a place to stay. Many have been placed in various shelters across the country. Some were returned to their rightful owners, while others were adopted.

Some, however, have been in shelters for a long time, such as Dodger, a mixed-breed dog.

I’ve been waiting for a long time.

When the hurricane destroyed his owners’ home, the friendly and adorable pooch was four years old. Unfortunately, he became separated from them, and they never had the opportunity to reunite. Finally, Dodger was rescued and brought to the state of New York, where the North Fork Animal Welfare League took him in.

Dodger quickly became a shelter staff favorite. He was charming and amusing. But he needed to get to know someone before he could be affectionate. He is afraid of strangers, and the shelter is full of them.

That is why the staff worked so hard to find him a good home. But unfortunately, the years passed, and no one adopted him. He needed a place where there wasn’t a lot of activity, especially one where strange people came by regularly. Furthermore, he is not good around small children or other dogs.

This restricted his family’s options.

Dodger quickly became the shelter’s longest-staying and most adored resident. He was loved by all of the volunteers and staff members. They were happy to have him around, even though he couldn’t find his own family.

On the other hand, Dodger was never allowed to find a forever home. He died after 11 years away from the shelter. 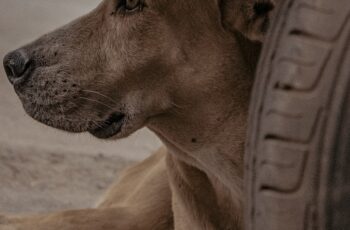