It’s fun to watch our canine buddies interacting with animals of different species. Even if they don’t share the same communication methods, dogs still find a way to get their message across.

Thus, a playful doggo can’t help but indulge in a fawn’s invitation to play. Though the canine’s not in the mood to play, the fawn’s persistence ultimately changed its mind.

In this fun-filled footage, a trio of animals chills out on a grassy lawn. One of the animals’ a mix-furred dog named Cornelius, while the other two are baby deer. 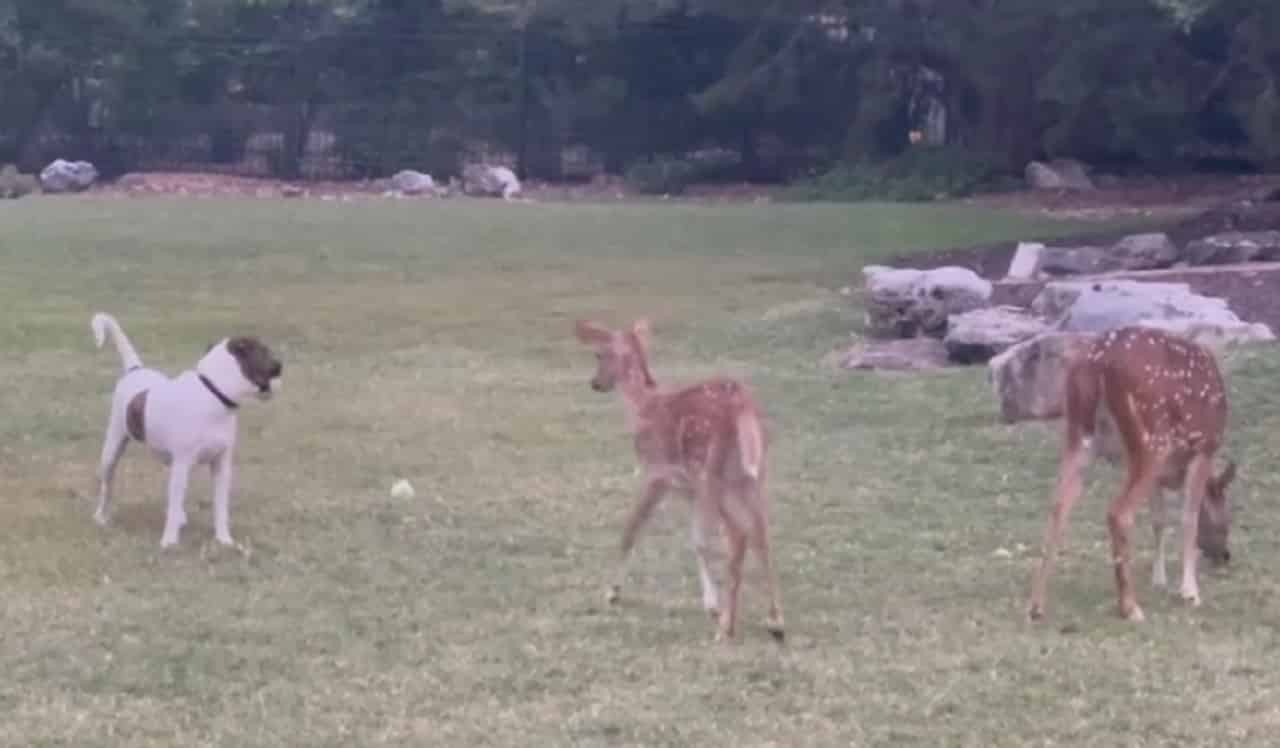 As the video progressed, you’ll notice Cornelius holding onto a green tennis ball in his snout. Yet, the fawn nearest the dog named Fawnzi wants to play with him as he soon begins trotting in his direction.

Fawnzi then gently nudges his forehead on Cornelius’ snout to convince him to play. Yet, as the dog’s not in the mood to engage in a fun game, Cornelius preps to walk away instead.

Seriously? I don’t want to!

With this, Fawnzi rushes in front of him and resumes nudging the dog. Yet, as the canine’s eager to escape, he continues ignoring the fawn while clinging onto the ball.

This hilarious scenario continues until Cornelius trots towards another area of the lawn. Ever the relentless fawn, Fawnzi continues pestering the doggo to make him play. 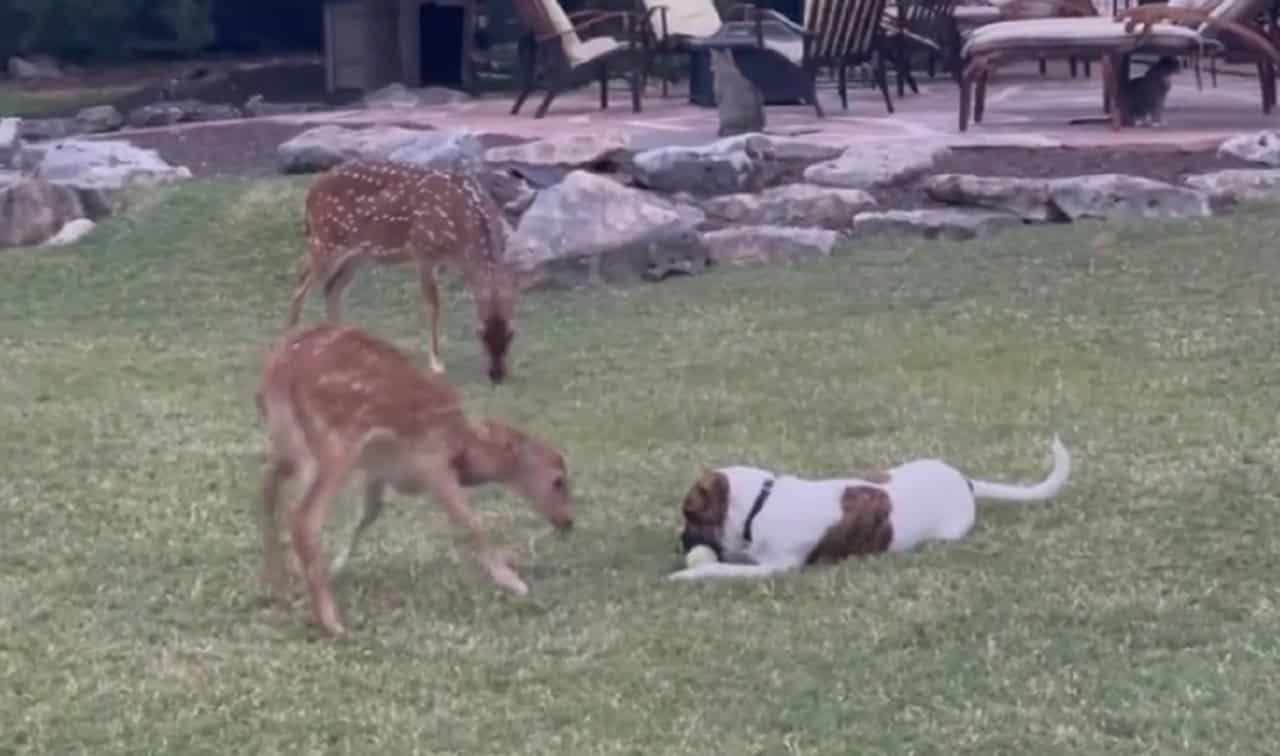 Thus, a lively banter soon ensues, with Fawnzi nudging Cornelius’ head to get the ball. And, every time the canine retrieves the ball, the fawn bumps his head against the dog’s head.

Yet, Cornelius’ has had enough of the fawn’s tricks as it gives him a stern look, making Fawnzi run away. Yet, the dog’s missing out on the fun as he dashes towards the deer and persuades him to continue with their game.

Do you think Fawnzi readily accedes? If you want to continue watching the funny pair in live-action, tap the play button below. 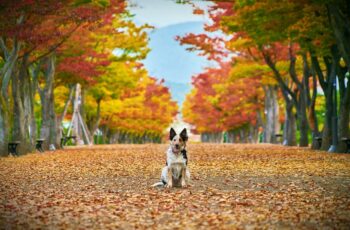