Home
Dog Stories
For Weeks, An Abandoned Dog Waited In A Wal-Mart Parking Lot For Her Owner To Return And Picked Her Up.

Panda, a Border Collie, was discovered in a Wal-Mart parking lot on East Brundage in Bakersfield, California. People in the area claimed to have seen someone drop her off. She was terrified but never moved from where she had last seen her owner. 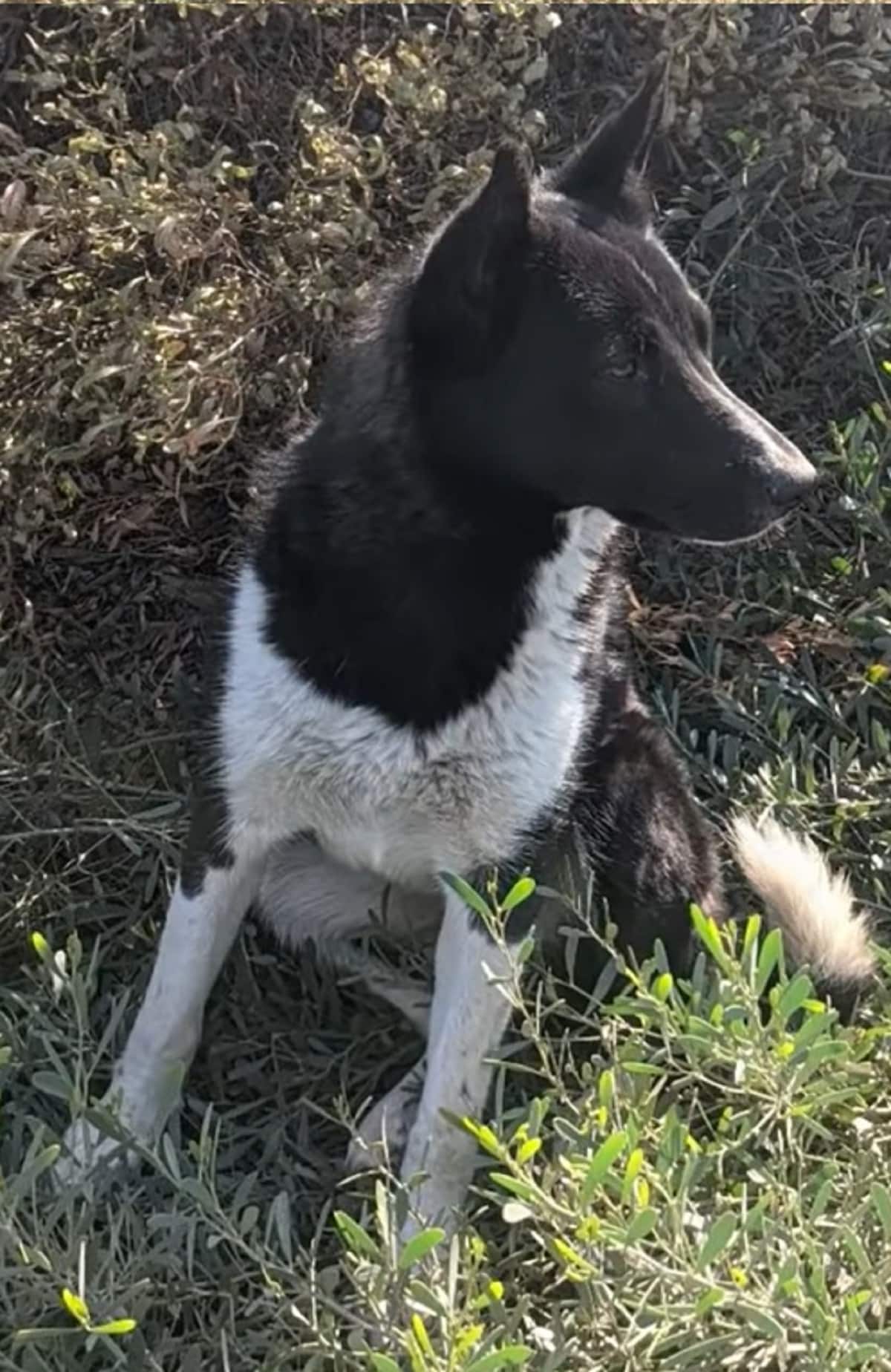 The dog remained in the same spot for at least a week. She was such a devoted dog that even after being abandoned, she never gave up hope that her owner would return, pick her up, and bring her home. But unfortunately, none of her dreams came true.

Soon after, Danny, a seasoned rescuer with A Safefurr Place Animal Rescue, learned about Panda. He immediately drove to meet her and then offered her food to gain her trust. He had no idea she was accompanying a friend. 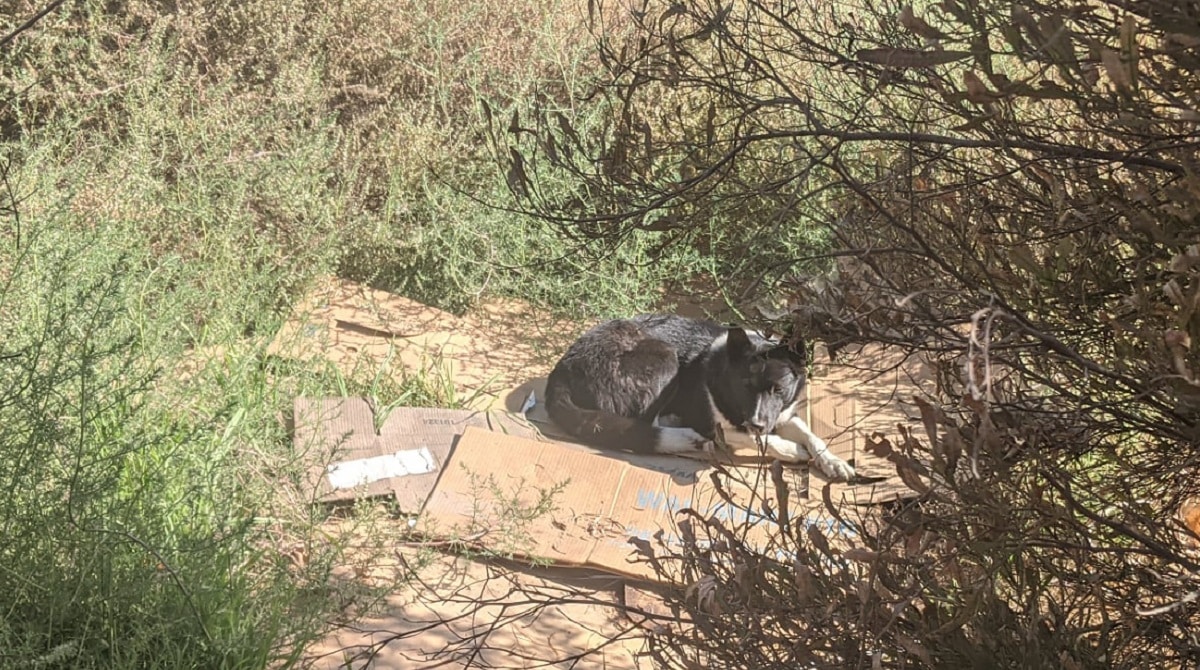 A male Pitbull arrived and could tell it was Panda’s friend. He expected to save two dogs that night, but he only held one. Because as soon as he ran out of treats, the dogs bolted and vanished into the darkness.

Danny did not give up despite his first failed attempt to rescue the dog. He kept working, and one night he ran into Leslie, a volunteer with a local rescue organization called R.A.D. (Rescuing Abandoned Dogs). They agreed to collaborate to bring Panda to safety.

The rescuers reconvened another night and carried out their plan. First, Danny sat in front of Panda and gave the dog some treats. Meanwhile, Leslie made some noise to distract the dog, and as it turned its head to look, Danny looped the leash around Panda’s neck. 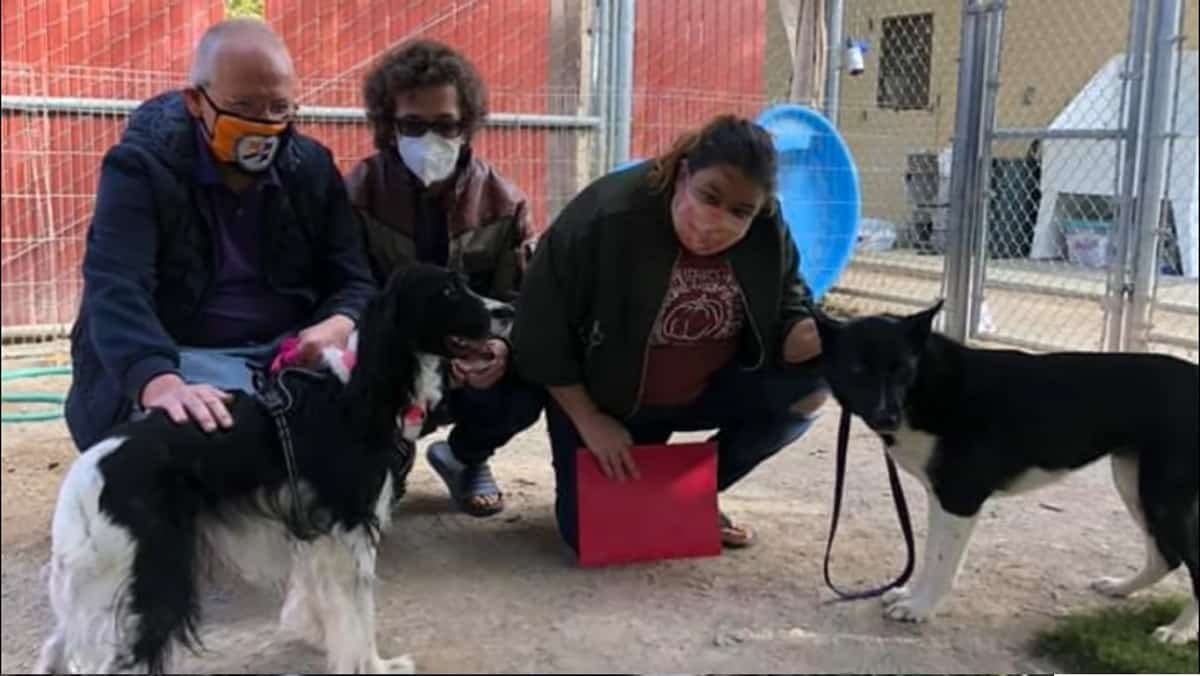 Panda was finally safe, but Leslie’s work was far from done. She fostered the dog for a week before transporting it to the Santa Ynez Valley Humane Society, where it quickly found an adoptive family.

Panda is now happy and content in her new home. She knows that no matter what happens, her new mom and dad will always be there for her. She will never be alone again. 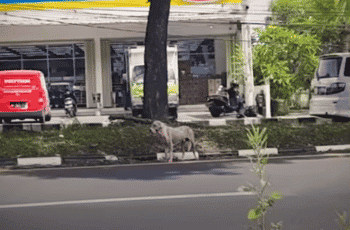 Some individuals will feel compelled to rescue a street dog. … 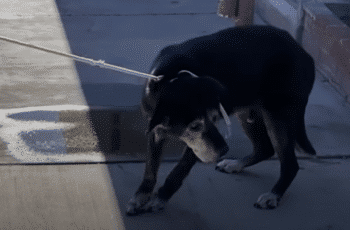