Working with dogs is both rewarding and exciting. It’s mostly volunteer work and most of the people who do it enjoy it. The job is rewarding because it involves giving dogs a second chance at happiness – but it is not without risk.

We must acknowledge that stray dogs can be unpredictable and fearful. Approaching them can be stressful for them, and you never know what they’ll do or say. Jorge Jaime, an animal rescuer, is aware of this because he was in a dangerous situation while rescuing a stray puppy.

In Mexico, Jorge is a well-known animal rescuer. He gained valuable experience dealing with aggressive and fearful animals when he first began rescuing dogs and other animals. But Jorge was unprepared to help one particular stray dog.

When Jorge approached the stray dog to feed her, she lunged at him and bit him. Most people would have been irritated, but Jorge was the complete opposite. Instead of being upset, he expressed his love and affection for her. The most incredible part was that it worked.

This dog adores him now. She is grateful to have someone who truly cares about her. Jorge keeps feeding the same dog that bit him, and whenever he approaches her, she runs up to him and greets him with affection and puppy licks.

Jorge is a truly remarkable person with a profound understanding of animals. He saves not only dogs but also cats, birds, and other animals. Jorge recognizes his work is challenging but finds it extremely rewarding to watch these animals grow into loving, trusting beings. 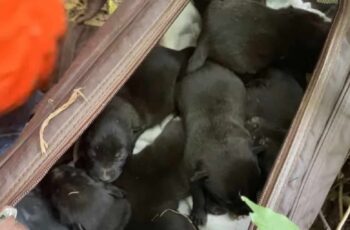