A dog starred both a sad yet tender moment at meal self service shop. The scene got multiple views in TikTok and other social networks.

User @trendsongs10 shared a video of a little dog patiently waiting for his turn behind a vehicle to get his meal from the window. Logically, he saw how all vehicles in line would get their meal portion when it was their turn so he placed himself in line for the same. When it was his turn, he looked into the window to receive his portion of the free meal but much as he waited nothing happened.

Many people found it a very tender scene. However, others showed sincere concern about the dog and took the matter more seriously. Thousands of dogs in the world are in the same situation. They are abandoned and they starve.

A user said they should have given them food instead of laughing as it was a sad moment. Another user said she would have bought something as he looked hungry.

Undoubtedly, it is a valid point to cooperate instead of just recording a video. However, the scene, besides being a lovely one can help raise awareness about the real situation of street dogs.

Here’s the video of the little, abandoned dog waiting in queue for some food.  It is important to share it with friends and family to be aware of the hardships of street dogs and act accordingly. 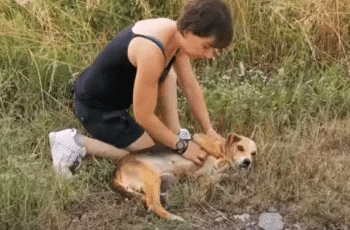 DAR Animal Rescue received an urgent call from a man … 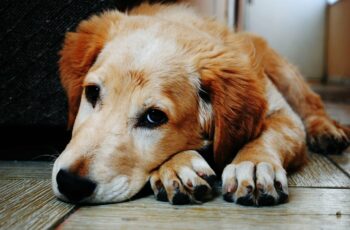 Milo enjoys going out in the morning with his human …