It’s normal to feel tired after a hard day’s work. No matter what kind of job you do, it’s quite impossible for a person to possess limitless energy.

Thus, one dutiful pooch can’t help but fall asleep while on service dog duty. Though Mom doesn’t mind the pooch slacking, she finds the said event too hilarious not to record.

In this interestingly funny footage, one can initially see a woman sitting inside a car together with a black-furred dog. By the looks of it, the pair’s about to go on a trip. But, as the video progressed, one can notice that the vehicle isn’t moving and that Mom isn’t driving. It even looks like Mom and the pooch’s patiently waiting for someone to return.

Despite the need to wait, the adorable dog continued to sit motionlessly. Even if he looks like a statue, the dog carried on with the waiting game until he accidentally performed something hilarious.

A few seconds more into the video, the dog’s eyes started drooping. Though its position makes it look like the pooch’s awake, one cannot help but see how its eyelids closed.

Despite the hilarity of the situation, Mom doesn’t do anything to wake the pooch. She continued to sit on the same spot while silently filming what the pooch’s bound to do. However, the dog caught itself in time as it immediately awoke from its brief slumber. Though Mom already documented such an event, the dog still assumes the same position and makes everything look like nothing peculiar happened.

Perhaps, the dog’s merely too tired with waiting that it didn’t manage to keep itself awake the entire time. But, if you think that the pooch’s action too hilarious to miss, make sure to watch the full video below. 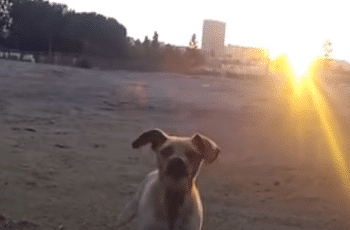 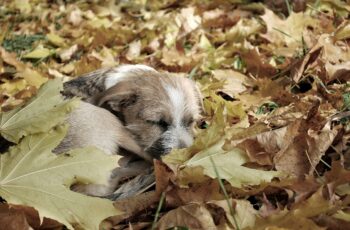