Stray Rescue of St. Louis is a reputable rescue group dedicated to protecting dogs that no one else would assist or those about to be put down. They also help dogs who have been abandoned.

Stray Rescue of St. Louis recently saved a dog trapped inside an abandoned school on one of its trips. When the dog was kept, he was given the most suitable name: Teacher’s Pet.

A couple of ladies who lived near the abandoned school had heard cries from the structure. That is why they chose to contact Stray Rescue of St. Louis. When the rescuers came, they discovered two dogs in the building. However, it looked that Teacher’s Pet was the only one who had been imprisoned.

In the rescue footage below, you can see Teacher’s Pet standing at the second-floor window, watching the rescuers approach. Unfortunately, the entrances were blocked, requiring the crew to use a ladder to climb through the window.

Donna Lochmann, the organization’s primary rescuer and photographer, attempted to entice Teacher’s Pet to come to her. But unfortunately, it didn’t take long for the crew to notice Teacher’s Pet sheepishly peering over the stairwell’s corner.

Teacher’s Pet had spent some time inside the abandoned building, starving and terrified. But the rescue mission did not end with giving Teacher’s Pet some delicious snacks. As a result, the rescuers had to use a ladder to remove the dog from the window. This was a challenging task, but they succeeded.

A caring family finally adopted the teacher’s Pet. He was given a new name: Ollie! From his current appearance, he appears to be content and healthy. Stray Rescue of St. Louis said on Facebook that Ollie doesn’t recall being terrified, alone, or hungry at the abandoned school. All the puppy understands now is that he is being pampered. 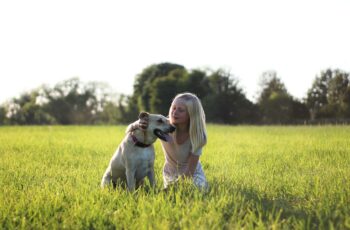 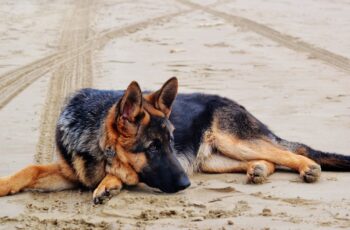