Home
Dog Stories
When A Couple Discovered The Dog They Had Rescued Was Pregnant With A Litter Of Puppies; They Were Taken Aback.
Advertisements
Advertisements

Jesse Adam, the founder of the non-profit Raincoast Dog Rescue Society, received word of a shelter dog needing his assistance. He had little information about the puppy, but he immediately took her out of the shelter. Unfortunately, he had to race against the clock because she was already on the kill list and would be killed within a few hours. 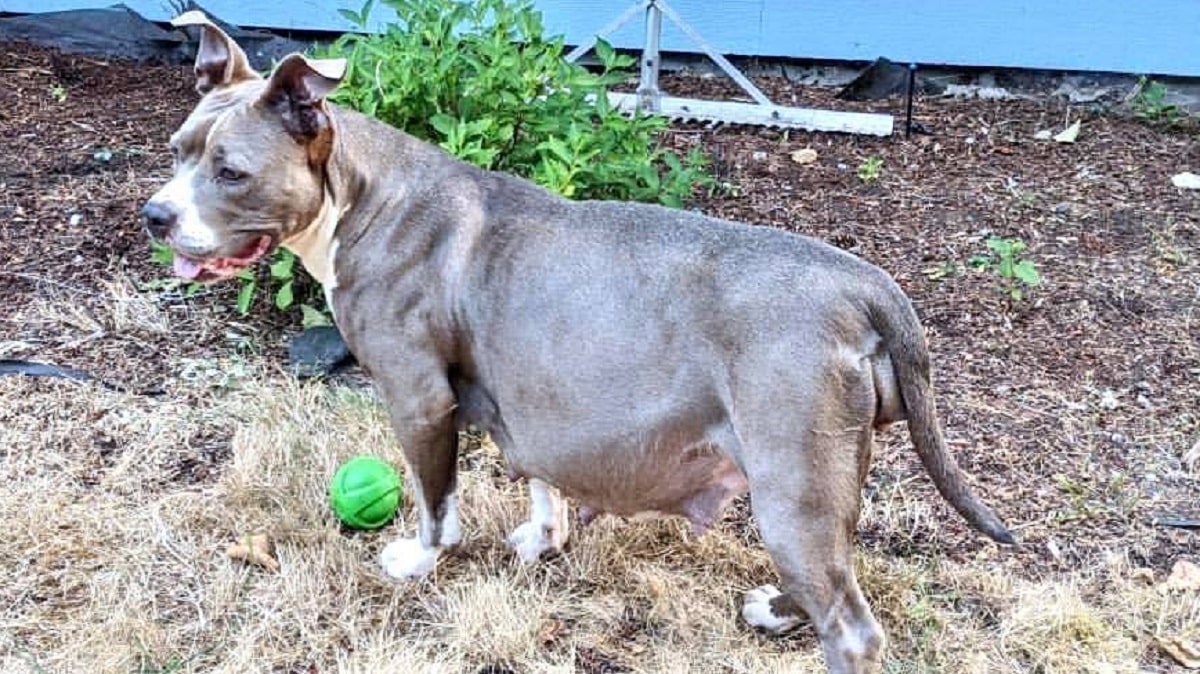 Jesse spoke with shelter employees to learn more about the dog, but all he knew was that she had appeared on someone’s farm and ended up at the kill shelter. On the other hand, her severely emaciated body revealed something much more profound. He knew she had been in pain for a long time.

Jesse decided to change the dog’s fate and brought her home, naming her Kaya. He fed her well and was pleased to see her a few pounds weekly again. But when he noticed she was gaining weight at an alarming rate, he assumed he was overfeeding her. So he went to a veterinarian and was astounded by what the doctor said. 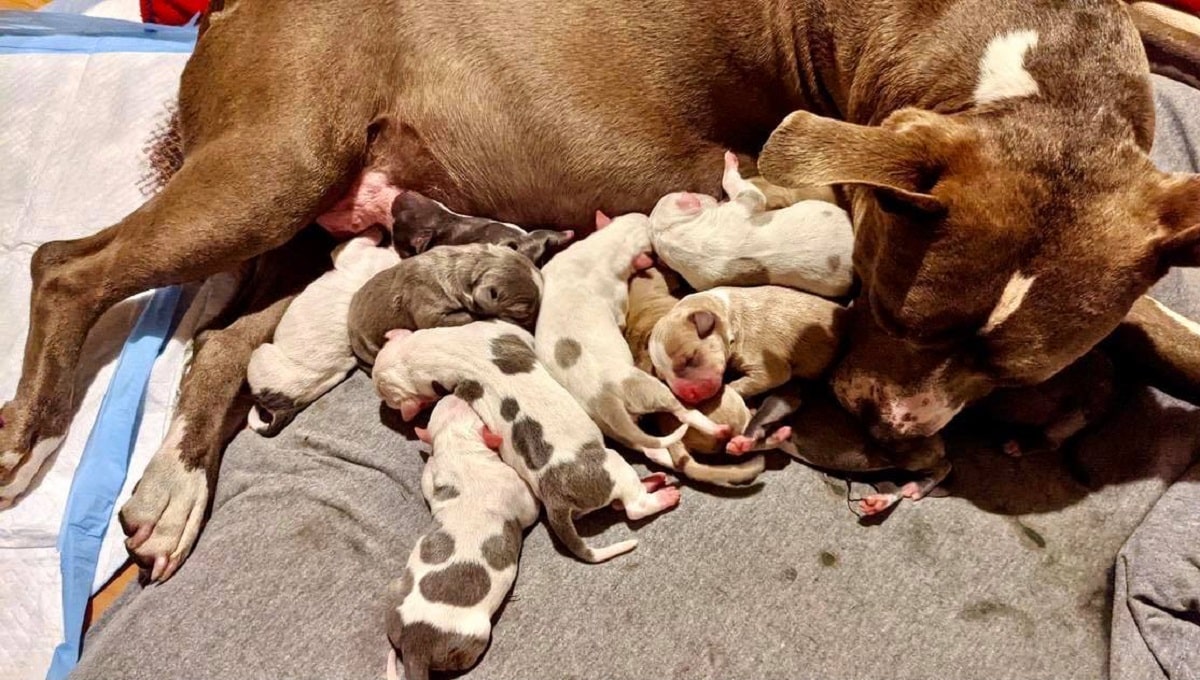 Kaya was pregnant, and neither Jesse nor his wife Tara knew anything about it. They assumed she ate a lot because she enjoyed eating so much. But, in reality, she was carrying a litter of puppies, and she needed extra nutrition for them as well.

Jesse and Tara expected Kaya to have a normal-sized litter of seven or eight puppies. So when she finally gave birth, they assumed it would be over by dinner. But two and a half days later, there were already 15 puppies. Puppy #16 arrived after another two hours. 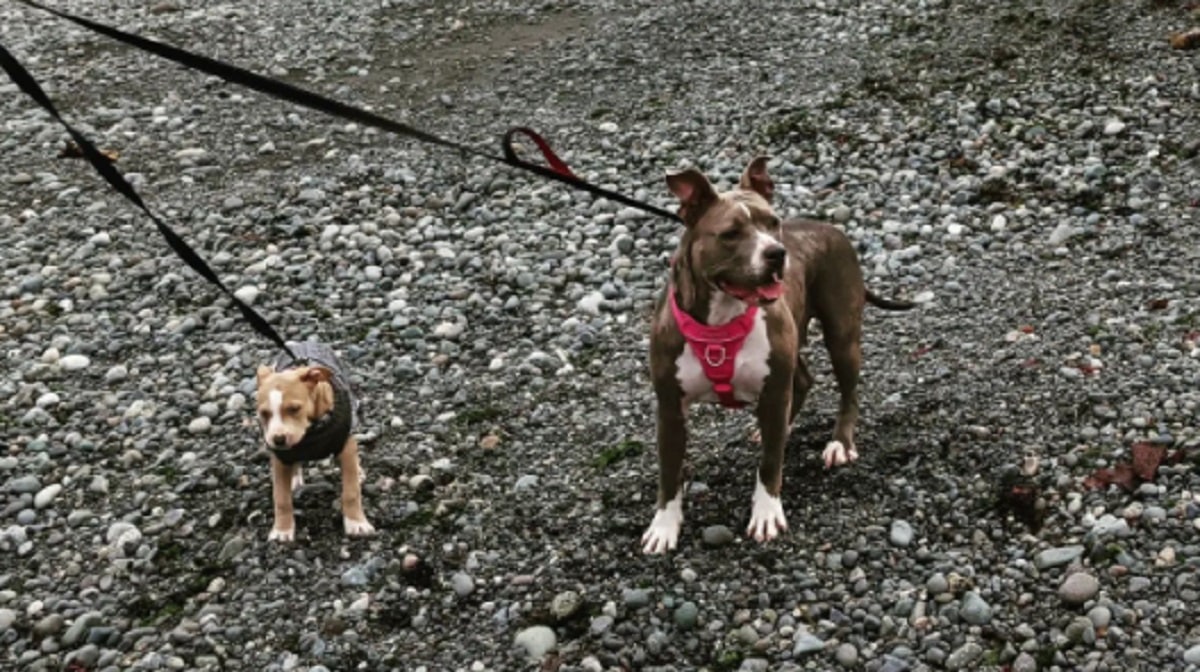 Kaya was exhausted, but she performed admirably. She managed to care for all of her puppies with the help of her foster mom and dad. She nursed, groomed, and exercised them when they were old and large.

Fifteen puppies were adopted by new families when they were nine weeks old. Meanwhile, Kaya and her remaining puppy Sefina stayed with Jesse and Tara. They didn’t need to find a new place to live because they already had one.

When Jesse and Tara brought Kaya home, they had no idea what they were doing. Having to care for her and her puppies was a roller coaster ride, but it was the best decision they ever made.

Credits to RainCoast Dog Rescue Society and The Dodo 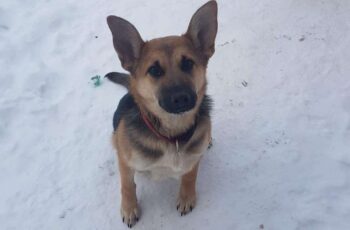