Hurricane Dorian unleashed nature’s wrath on many places, including the Bahamas. The category five hurricane caused widespread panic and destruction. Around 13,000 homes have been damaged, and at least five people have died as a result of the natural disaster.

While most discussions about the storm have focused on its effects on humans, it is important to note that there were other casualties as well, and that included stray animals, such as stray dogs. Given their hypersensitive senses, these animals can get traumatized by hurricanes.

Fortunately, the stray dogs of Nassau, Bahamas were not left to fend for themselves when Hurricane Dorian hit. A kind woman named Chella Phillips came to their rescue. Chella is the sole advocate of the Facebook effort The Voiceless Canines of Nassau, Bahamas, which aims to protect stray dogs in the Caribbean nation.

Chella has no direct ties to any rescue organizations or humane groups. Her initiatives are driven only by her affection for dogs. She believes that all canines are entitled to a safe environment, especially in the event of a catastrophic storm.

Throughout the duration of Hurricane Dorian, Chella’s home was teeming with dogs of various sizes that were all strays. While the storm raged outside, Chella provided shelter to at least 97 dogs, 79 of which preferred to find comfort in her bedroom.

Despite Chella’s bedroom being overrun with dogs, none of her guests attempted to climb onto her bed. This made Chella extremely pleased and appreciative of the consideration her rescued canines had shown her and her personal space. It was sufficient to overlook the fact that the house had a huge amount of feces and urine all over the floors.

Chella’s history of saving stray pets is quite impressive. Her contributions extend beyond the duration of calamities. Since beginning her career, she has saved approximately 1,000 strays from the streets of Nassau.

These rescued dogs receive medical care, thanks to contributions to Chella’s one-woman crusade. 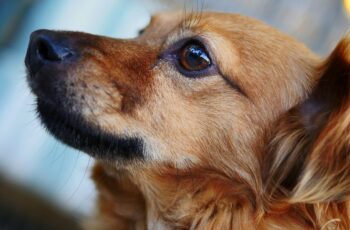