What do you think is cuter than a French bulldog puppy? Well, it would probably be a tiny baby Frenchie who can’t take a compliment!

The adorable pooch in this viral video has the funniest and cute reaction when his human dad tells him how handsome he is. Watch and you’ll find out why this video has taken the internet by storm.

If you’ll notice the pup in the video, he is even more handsome with his red bandana wrapped around his neck. His lovable owner likes to remind him of how precious he looks. However, the puppy hasn’t really quite learned how to accept a compliment graciously and would rather bark every time he hears one.

The video starts with his human dad, Sean Sarantos, asking his Frenchie if he liked the bandana he was wearing. The pup immediately barks in defense.

Sean continues to shower the Frenchie with compliments, saying how handsome and dashing he looks. But the pup continues to bark and starts to bite Sean’s ear. He proceeds to make little snorty noises as a sign of disapproval as he plays behind Sean’s nape.

Sean, being the good human father that he is,  just smiles and continues to praise his little Frenchie with compliments. After all, he really does look good-looking and adorable. Just like Sean, we should all learn to compliment our furry pets like this, even if they don’t accept these wholeheartedly.

This precious video has reached nearly three million views at this point. It’s safe to conclude that people have absolutely fallen in love with a handsome little Frenchie who can’t accept a compliment.

Have a look at the viral clip below and see for yourself just how handsome and sweet this good dog is. We guarantee you won’t get enough of this little doggo’s charm! 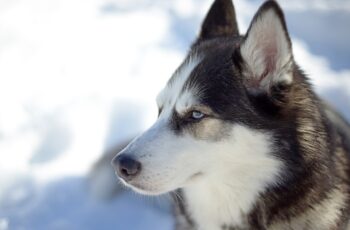 Advertisements Advertisements This incredible tale tells of an inherited dog who saves the life of a young pregnant woman who was trapped in the woods. A young metropolitan couple inherited a farmhouse in the country. When their grandma died, she left them her lovely home near a peaceful forest. However, the inheritance came with a stipulation. Roger, her beloved Husky, should be looked for by them. They agreed to the condition because they were hoping to start a family. They didn’t want their child to spend their childhood in the metropolis. Plus, they’ve always been animal lovers, and a dog would fill out their household.  Soon after, the couple relocated to the countryside to pursue their ambition. … 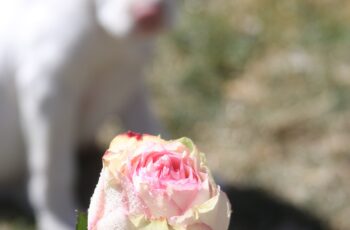