Home
Dog Stories
The Story Of Edinburgh’s Greyfriars Bobby Statue: Who He Was And How Long He Stayed At His Owner’s Grave.
Advertisements
Advertisements

One of the most beloved stories of Scotland’s capital city is the legend of the loyal Skye Terrier, who loved his human even after he died.
His statue is proudly displayed in Edinburgh’s Old Town, in front of the pub and kirkyard that bear his name.

Was Greyfriars Bobby, on the other hand, a real dog? And what is the significance of the statue?

What is Greyfriars Bobby’s backstory?

Bobby was, in fact, a real dog. The little Skye terrier was said to have lived in Edinburgh in the nineteenth century.

According to legend, Bobby’s owner, John Gray, worked as a night watchman for Edinburgh City Police in the 1850s.

Gray, also known as Auld Jock, hired scruffy Bobby as a watchdog to patrol through Edinburgh’s cobblestone streets around 1856. 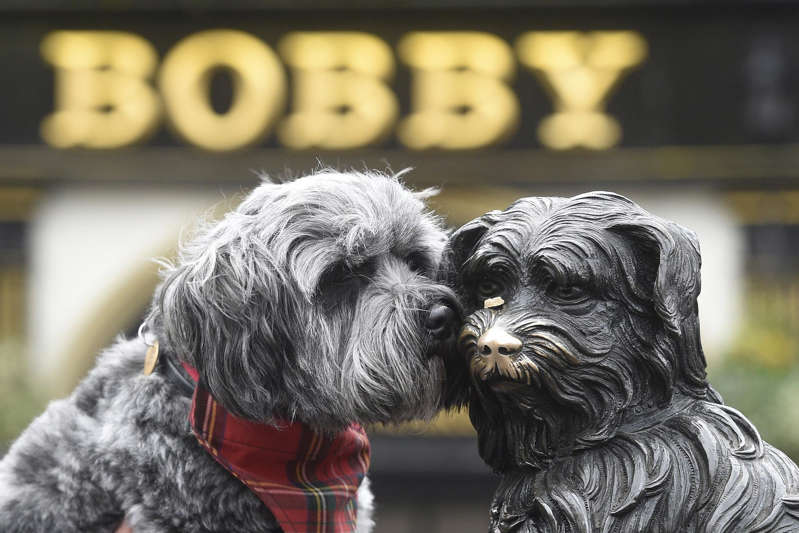 Bobby was wholly devoted to his “master” and never left his side.

Even after John Gray died on February 15, 1858, his canine companion’s devotion did not waver.

Gray was laid to rest in an unmarked grave in Edinburgh’s Greyfriars Kirkyard.

According to legend, Bobby was discovered lying on his master’s grave the morning after the burial.

Bobby was sent away because dogs were not permitted in the cemetery. But he refused to leave the location of his owner’s final resting place.

Bobby became a popular local character after the graveyard staff took pity on him and continued his vigil every day.

Large crowds would gather to hear the One o’ Clock Gun, which signaled Bobby to dash to the nearby inn for a bite to eat.

For 14 years, the terrier patiently waited by his owner’s grave until he died on January 14, 1872.

Bobby was buried near his owner in Greyfriars Kirkyard.

When was Greyfriars Bobby’s statue erected? And where can I find it?

A year after Bobby’s death, a statue in the shape of the little dog was erected, along with a fountain.

It can still be found on George IV Bridge, outside the entrance to Greyfriars Kirkyard.

The statue also is in front of Greyfriars Bobby’s Bar in Candlemaker Row, which has become one of Scotland’s most photographed pubs.

If you go to Greyfriar Bobby’s statue, you’ll notice that its nose has been worn away.

This is because tourists often rub the dog’s snout for good luck.

It is unknown where this tradition originated, but hundreds of thousands of pounds have been spent in the past to repair the damage it has caused.

Even a “Hands Off Bobby” campaign encouraged visitors and locals to refrain from touching Bobby’s nose. 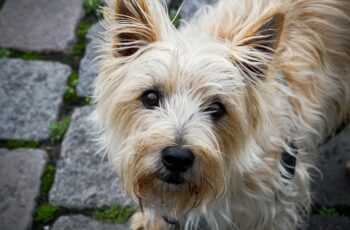