Best friends of same species can also make excellent squires. Unclear? Let’s explain! In Igatu, Brazil, a dog was hit by a car and another dog stayed right by his side, waiting for help to arrive. 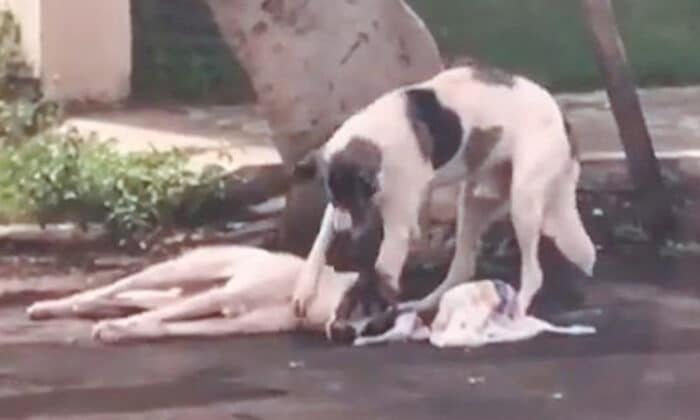 The dog waited more than 24 hours with his weak and injured friend. Several people recorded videos and uploaded them to social media and the images got to nurse Marina Assunção. 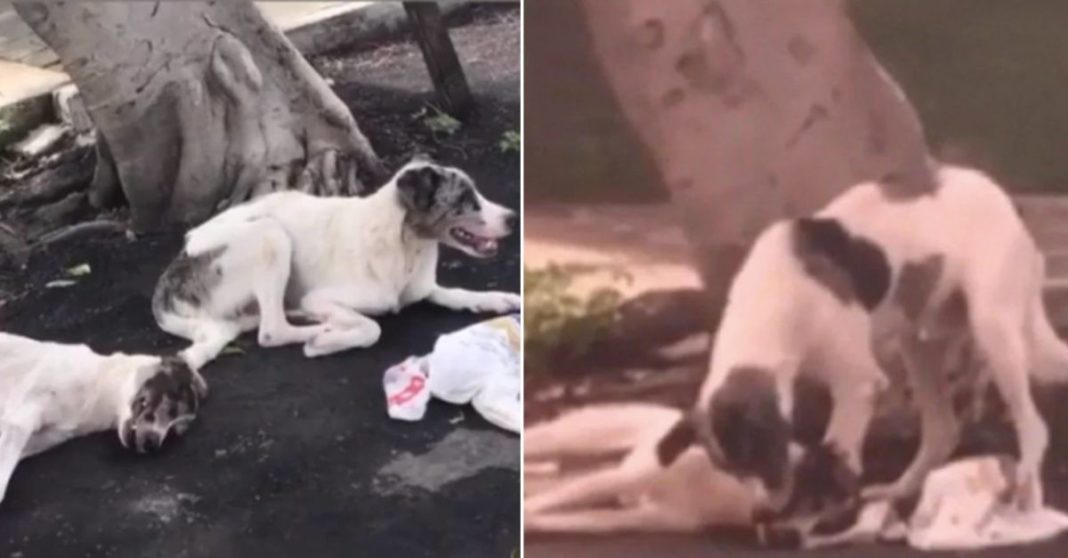 Marina could not come on Sunday afternoon because they could not get hold of any vet, but on Monday morning since they were both still there, Marina went with a vet and took the dog to a clinic.

The first contact was not easy. The other dog became aggressive trying to protect the injured dog and did not allow people to get close to the injured dog. However, Marina and the vet were able to calm him down and show they were there to help. The dog kept close and licked the injured dog’s paw as if trying bring him back to life. 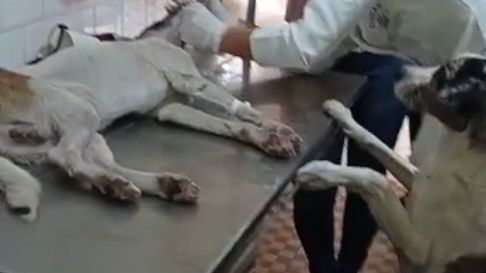 This lovely dog remained with the injured dog all along and even went with him to the vet clinic. When the injured dog was put in the car, the other jumped into it as well and stated with him at the clinic.

Rumor is that they are brothers since they look very much alike and they are inseparable. Nobody knows for certain if they are related. They seem to be the same age, between nine months and one year old. Their relationship though called everybody’s attention. They were inseparable all along since the accident happened. They will continue their journey together in adoption.

The dog received medication. He ate and drank water. He is recovering very well. The NGO Adota Iguatu has launched a campaign in social networks to try to collect funds and continue the medical treatment. Adoption will be available for both of them. 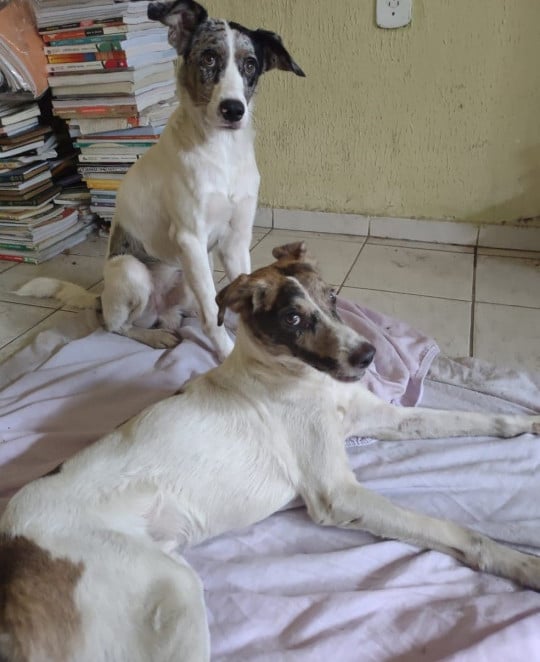 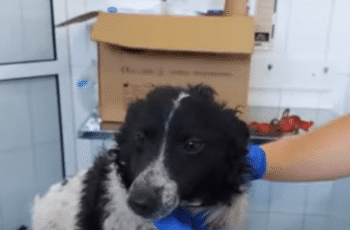