When Aly Raisman isn’t busy training for the Olympics, she spends her time giving shelter dogs hope and a second chance at life. Before she flew out to Rio de Janeiro, Brazil for the 2016 Summer Olympics, the then 21-year-old gymnast took a moment out of her insane training schedule to adopt a puppy.

During an NBC Olympic photoshoot, she found herself falling in love with a Maltipoo who was up for re-homing at the shoot. The dog, named Gibson, was on duty at the location, posing with the Olympians during the shoot. In an interview, Raisman was quoted to have said that she knew it was meant to be the second she laid eyes on the dog. At that time, her other dog named Coco has just recently passed, and her family has been devastated, trying to come to terms with the loss. She says that Gibson reminder them so much of Coco.

She and her mother immediately talked about adopting Gibson—and it didn’t take long and a lot for them to be able to! Soon, Gibson fell into their loving, waiting arms.

Raisman did not rename him, but it looked like the dog adapted well with the gymnast and her family. In her Instagram account, she shared a video of her adoring the little newcomer by showering him with kisses, and Gibson seems to love every minute of it! There was a little setback, though, and it had something to do with his new environment.

The Olympian describes him as the happiest dog she’s ever seen—except when he steps outside. The little dog is apparently not used to the cold Boston weather, coming originally from LA. He was confused the first time he was taken outside because it was freezing.

Luckily, he has the loving arms of his new fur-momma to keep him warm, no matter how many freezing temperatures may come and go in the next few years. Aly Raisman definitely takes the gold for this. 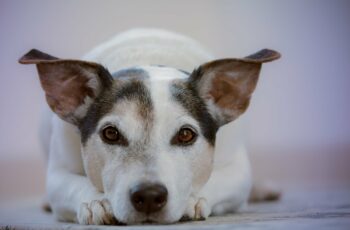