When a parent raises an only child, there’s a tendency to worry that the child might grow up entitled; so this couple adopted two retrievers to help their daughter learn the value of brotherhood.

Jessie’s an adorable human baby who’s fortunate to grow up with doting parents and two loving fur brothers. Dogs are famous for their protective instincts, and this kid’s got the best of both worlds.

How adorable could these two get? Just look at that doggo lying beside baby Jessie – it’s like the dog’s saying, “nobody harms her or else you’ll deal with me.”

We’d better take the pets seriously because even if we get past one, there’s a back-up waiting to protect the baby at all costs.

Jessie loves her brothers so much that she shares most of the food given to her – yep, maybe she didn’t want the food for herself, but to give’s the point.

We’re positive that Jessie’s childhood will rival a fairytale story complete with two faithful friends plus a king, queen, and a princess – quite hard to beat, don’t you think?

Sharing’s caring, and at a young age, Jessie’s on track to become a considerate person – just ask both dogs who patiently wait for the constant flow of food thrown their way.

We think the parents made a smart and practical choice – the dogs serve as companion and playmate to the human baby, and the baby learns values like consideration, compassion, and sharing from the dogs.

When Jessie’s a little stubborn and doesn’t respond immediately to her parent’s calls, her brothers quickly come to fetch her – with matching woofs as a reprimand.

You’re good boys, doggos; Jessie will grow up just right, thanks to your help – just make sure you don’t let the food she shares bribe you into covering for her antics.

Photo and video credits to SBS TV via YouTube 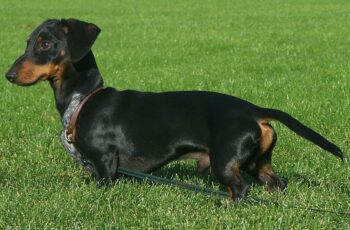 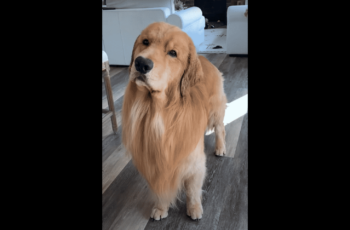