Having a dog and a toddler in the house is unquestionably a joy. Imagine your youngster and your pet dog developing a particular affinity. Your youngster will eventually develop emotional values such as empathy, responsibility, and compassion. That’s precisely what one sweet little girl did for a beloved dog.

Thom rescued a stray deaf puppy named Moz. Thom happened to foster pets, so he welcomed the puppy into his house with open arms.

Thom described Moz as a massive mess after bringing him home. He also slept for nearly two days in a row.

When Moz awoke, Thom bathed him and assured him that everything would be fine. As a result, the dog began to trust his new owner. Moz was eventually cared for by Thom’s other three foster dogs. They made him feel at ease until he became accustomed to his new family and surroundings.

When Moz went out for a stroll with the other dogs, a youngster called Lillian wanted to make friends with him. So she was waving at them from the window.

Moz would run outdoors whenever she passed by the cute toddler’s house to say hello and pet him.

Thom had to leave Moz with Lillian for the day one day. And the two played alongside each other. Lillian’s family realized how strong their friendship had grown and how inseparable they had become at that point. So while Lillian is busy scribbling with colored chalks, the dog sits by her.

When Thom had to depart for work in New Mexico, he left Moz with Lillian once more. As a result, the two grew closer over storybooks and long walks outside. Lillian was always on Moz’s side.

When Thom returned, he inquired if Moz would be living with Lillian indefinitely. Lillian’s mother said yes without hesitation. After all, they all treated Moz as if he were a member of their family.

Isn’t this a great story of love and compassion? In the video below, you can see how pleased Lillian is with Moz. 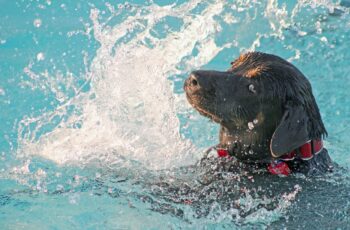 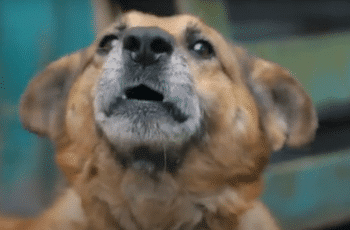