Home
Featured
A Charming Dog Quickly Brings His Leash To Mom, Unaware That His Owner Had Dropped It On Purpose
Advertisements
Advertisements

Dogs will always be a source of clean and innocent entertainment. They constantly appear to take things seriously, and their naive replies are amusing.

This adorable German Shepherd is one example. He and his mother were taking a stroll in the park when she inadvertently lost the leash. 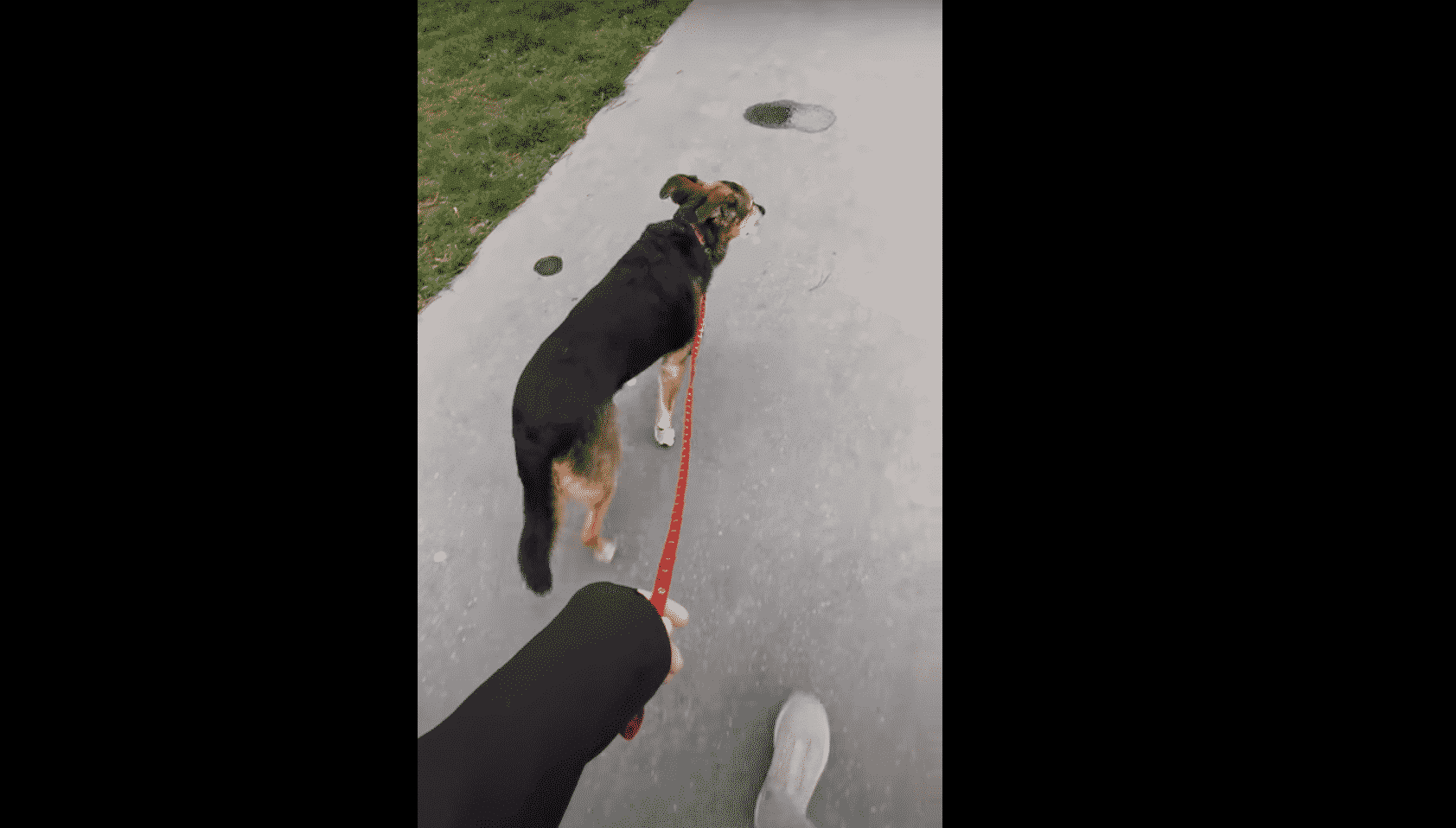 We could tell by this dog’s cautious posture that he was more concerned about his mother than with the park and what was going on in it. So he’s responsible in that way, and we like that.

We’re not sure if this mom played this trick on him a while ago, which is why he was on high alert, or if it’s simply his normal reaction anytime they’re out.

Anyway, as soon as mom dropped the leash, the dog came to a halt to get it. He then returned to his mother and handed her his leash. You’re such a nice boy, doggo! 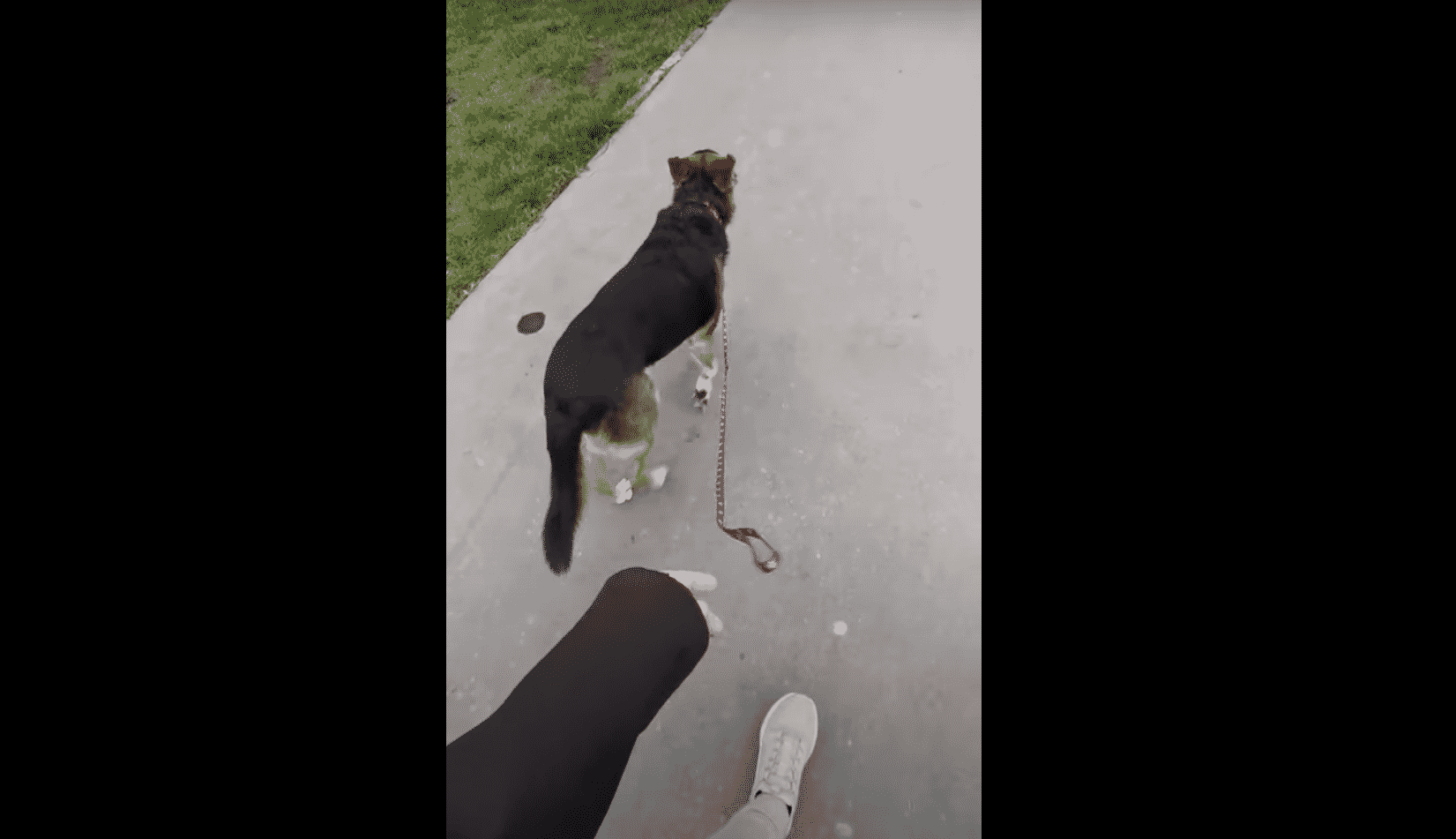 Some dogs would not care and would gallivant about the park, taking advantage of the chance. That is why some dogs go lost because they flee when their owners let go of their leash.

This pet, bless his tiny heart, is not one of them. He was well aware of how hazardous it could be for him, so his glance when he handed the leash back to Mum contained a short sermon. The dog appeared to be concentrated and solid in his position. 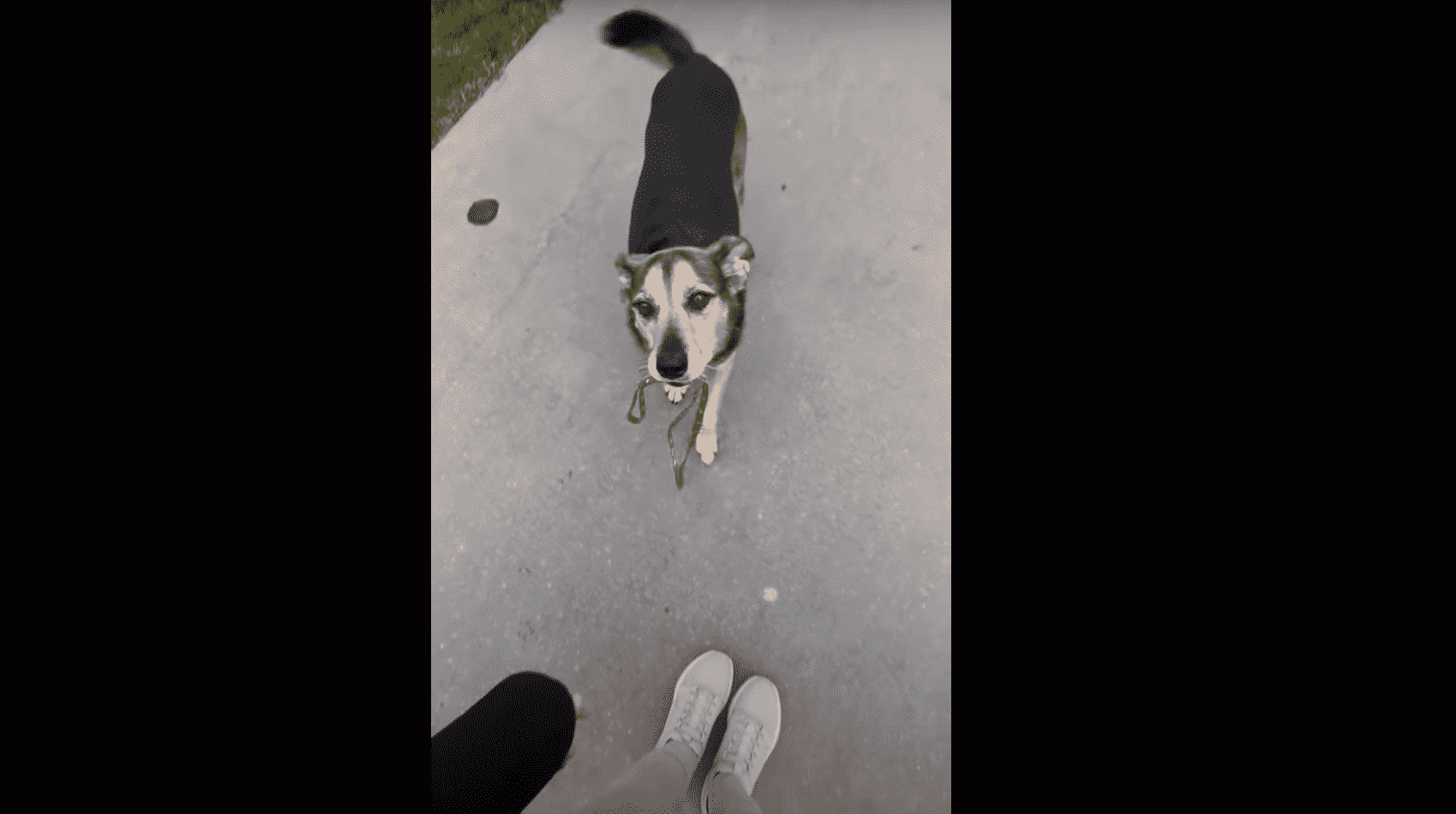 It’s as if he told her she should know better, and that little eye game only added to the hilarity. Mom expressed her gratitude by giving her adorable kid a few head pats.

This dog took the wheel and taught his mother a lesson in responsibility. You did an excellent job, pet. We believe that many pets should be more like you.

Mama now knows you can be relied on not to run away even when she purposefully loses your leash. Bravo!